Clean Jet Fuel from the Air?

What if we could suck carbon from the air, make clean jet fuel out of it, and reduce greenhouse gas emissions by using this fuel in our airliners?  That’s a dream pursued by many researchers, and recently Rotterdam the Hague Airport announced a study to sort out the plausibility of such a plan.  First, though, we need to look at the numbers for how much fossil fuel would have to be replaced.

These are Big Numbers 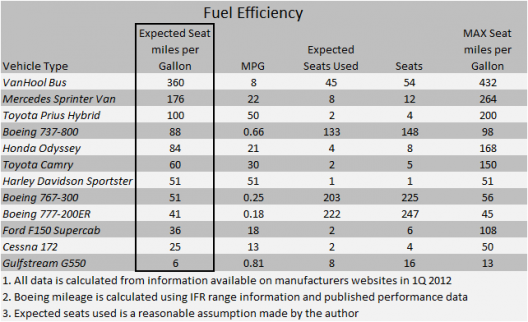 How much fuel goes into a large jetliner?  How efficiently is it used?  These are matters of concern to airline executives on a profit-and-loss basis, and to all of us on an environmental basis.  Let’s look at the Boeing 787 Dreamliner variants for an idea of how efficient a modern airliner can be.      The 787-8 burns 4,900 kilograms (10,780 pounds) per hour or Jet A, while the larger 7879 consumes 5,600 kilograms (12,320 pounds) per hour.

Converting pounds (the way the military and airlines count fuel use) to gallons, a conservative reading of 6.8 pounds per gallon shows that the 787s consume 1,596  to 1,812 gallons per hour.  The airplane can hold up to 330 people depending on configuration.  This makes fuel burn under six gallons per hour per passenger.  Try driving 550 miles on six gallons in your family car.   Most hybrids can’t manage 91 miles per gallon even while being feather footed.  So, large airliners can be very efficient.

Smaller airliners, such as the 737, range in capacity from 110 to 189, but run shorter routes than aircraft like the Dreamliner.  They therefore use more fuel for more takeoffs and many have earlier, less efficient engines.  Still,  As efficient as jet airliners can be compared to even a Prius on a passenger-mile basis – we are burning a lot of fuel and creating tons of emissions.  100,000 flights a day worth.

Rotterdam’s The Hague Airport has imitated a study for production of renewable jet fuel from the air itself.  Noting that jet aircraft cannot immediately switch from fossil fuels to electric or other alternative, the airport explains the rationale for the new project.  “The aviation industry is an emitter of carbon dioxide (CO2) and air travel continues to increase. This also applies to Rotterdam The Hague Airport, where the number of passengers keeps growing every year. Unlike cars, airplanes cannot switch to electric or hydrogen propulsion in the short-term. Rotterdam The Hague Airport is therefore proud to kick-start the realization and commissioning of this plant for the production of renewable jet fuel from air.” 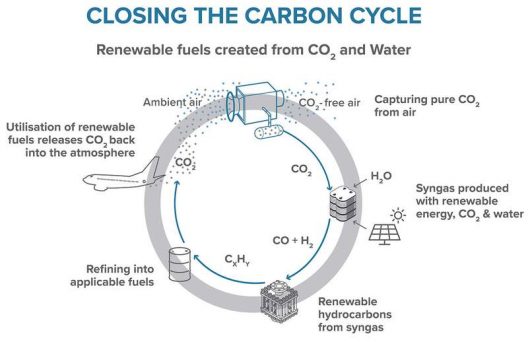 With Innovation as its middle name, the Rotterdam Hague Innovation Airport (RHIA) is joined by SkyNRG, which fashions itself as the market leader for aviation fuel solutions.  Transavia, a budget airline based in the Netherlands, has announced it will be the first customer for the products produced.   SkyNRG will be producing clean aviation fuel on-site at RHIA, at least partly from CO2 pulled from the surrounding atmosphere.   Partners expect to crank out about 1,000 liters (264.17 U. S. gallons) of renewable jet fuel per day, a vert small drop in the very large bucket of overall need.

Steps Toward cleaning the air start with a Climeworks direct-air capture technology.  Sunfire electrolyzers transform the captured gas into syngas, and then that synthetic gas is turned into synthetic hydrocarbons through a Fischer-Tropsch synthesis, “enabled by Ineratec.”  .” Finally, EDL converts synthetic hydrocarbons into jet fuel and oversees the overall process and plant integration.

Architectural integration by Rotterdam based Urban Crossovers & Blueroom will ensure that the plant is part of the overall RHIA campus and fit in both its size and in its objectives.  “Their web site explains, “Projects range from funding concepts, design brief development, building concepts and urban concepts to energy landscapes, creating crossovers of scale between CO-2 exhaust reduction, CO-2 removal, sustainable energy generation, innovative food production and increasing bio diversity.”

The overall project “…Is facilitated by the foundation Rotterdam The Hague Innovation Airport (RHIA), which was established by the airport and the City of Rotterdam. The foundation focuses on promoting four issues – Entrepreneurship, Energy & Environment, Education, and Emergency – through several innovative projects. The study on renewable jet fuel from air is the first of these projects.”

If the partners are successful, a new means of pulling jet fuel from jet exhaust (since the project is on the airport) may become reality.  Scalability, obviously, we be a major consideration.  CO2 is available in great abundance.  Whether it can be collected and converted into something cleaner than its source remains to be seen, but does offer some hope for a cleaner future.