The annual Experimental Soaring Association Western Workshop spills over the Labor Day weekend, starting with a welcome barbecue/potluck Friday evening and an official kickoff on Saturday.  Sunday features more technical presentations and this year  an organization business meeting and a closing talk about moon shots.

Phillip Barnes, an accomplished aerodynamicist, photographer and expert on soaring birds, links all his interests and skills in his web site, How Flies the Albatross. This year, he brought his knowledge to bear on a design for a flying machine that would pull energy from the air it flies through to power its electric motors – Coulomb Keeper. He described the design process behind it in a talk titled, “Aircraft Energy Gain from an Atmosphere in Motion.”

Keeper is an outgrowth of Phil’s earlier aircraft concept, Faraday.  Both are derived from his desire to fly like the Albatross, which manages to circumnavigate the Antarctic Circle in seemingly perpetual flight.  The bird twists its 3.5 meter (11.5 feet) span wing – the longest of any bird – in constant turns following the dynamic soaring rule:

The bird pulls 2.7 g’s in the turns and maintains a high coefficient of lift of 0.7 throughout the maneuvers.  It does this repeatedly for months at a time. 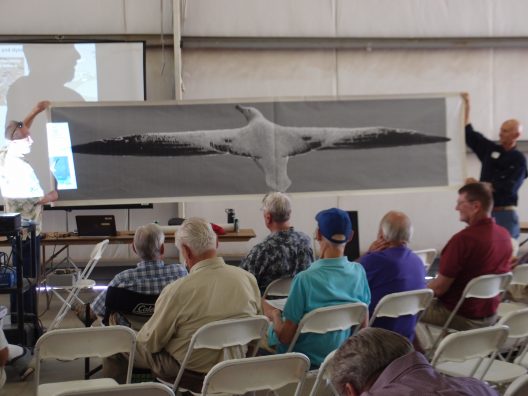 Phil and a helper display life-size photo enlargement of Albatross

Phil’s knowledge of how this large soaring bird manages this inspired him to add power and conceive of a way to take a person or persons aloft on “free energy.”  His Faraday and Coulomb Keeper aircraft use large fan-like propellers designed with help from Jack Norris, an expert on the subject.

As the aircraft uses energy from batteries to ascend, it uses the windmilling propellers to recharge the batteries, much like the regenerative brakes on a Tesla or Leaf.  Coupled with a light, highly efficient airframe and slippery aerodynamic design, Phil’s craft can emulate the best that nature has to offer.

Sailplane Building In the 21st Century

A panel discussion that comprised Al Bowers, Murry Rozansky, Bob Kuykendall, Dan Rihn, Dan Armstrong,  and Tom Riley examined the many obstacles that stand in the way of soaring becoming a common sport in America.  One of these is the lack of a two-seat training craft that would bring greater appeal than those machines currently available.

Soaring is an expensive business, for starters.  Learning is costly.  One has to rent a two-seat sailplane, hire a qualified instructor, and obtain the services of a towplane and tow pilot – someone uniquely qualified to pull sailplanes to altitude.

Since these people and machines are hard to assemble in one place for just one person’s tutelage, many people, like your editor, join a soaring club, where enough qualified individuals gather.

Can homebuilt sailplanes play a part in re-invigorating the sport?  Barnaby Wainfan, an adjunct professor of aerospace engineering at the University of Michigan and Technical Fellow at Northrop Grumman, engineered such machines as the FMX-4 Facetmobile.  He suggested looking at the different production rates for Dick Van Grunsven’s RV-3 (a single-seater) and RV-4 (a two-seater).  The conclusion is that two-seat aircraft are far more popular because they allow the owner/pilot to share the ride with family and friends.  The same would be true for soaring machines.

To aid prospective builders, some suggested builder support centers, where jigs and fixtures would expedite construction, and professionals could teach builders new skills.

Meeting requirements of the 51-percent rule that dictates home builders must complete at least 51-percent of the work required on a kit can be tricky.  Getting permission to teach flying in an Amateur Experimental Built (EAB) craft might make things even trickier.

Low volume demand means that some public relations work might pay off in luring new enthusiasts to the field.  There are thrills to be had for less money and with less of a commitment in being educated in aerodynamics, piloting skills and meteorology (among other disciplines).

Originally the Sailplane Homebuilder’s Association, ESA carries on that tradition, and Bob Kuykendall has been one of the most dedicated to that tradition.  His HP-24, an extension of Richard Schreder’s line of home-built sailplanes is intended for construction by amateurs.

Bob’s pricing on his HP-24 kits is low as of March 2012.  It’s probable that prices have risen in the last seven years, though, but a complete high-performance sailplane kit under $33,000 is great competition for the the much higher-priced European competitors.

Bob’s “Akafliegs” give builders a chance to use his jigs and fixtures, speed up the building process, and get assistance with all the sanding and finishing.  Eric Stewart wrote knowledgeably about the aircraft and the building sessions in Kitplanes magazine.

Bob is looking at the possibility of installing an FES (Front Electric Sustainer) in his sailplane.  This could make the HP-24 a self-launching unit or give it “save” capabilities on days of uneven lift.   Checking out the tow car (a way to keep costs down) in this video, the Citroen “Jumpy” is a 4,200 pound curb weight vehicle with 0-60 times no better than 11 seconds.  Even this modest performance enables a budget launch.

A Certain Amount of Pull

Murry Rozansky, EAS President, followed with “Homebuilt Tow Planes, the Silver Bullets to Save Soaring.”  His premise, that alternately-powered tow planes could cut down the up-front cost of sailplane launches, certainly has merit.  Again, the problem of regulatory agencies accepting such approaches seems paramount.  Murry wrote in Plane & Pilot, “Clubs are normally cooperative noncommercial operations, so we might be able to use Experimental Amateur Built gliders for flight training. It’s common in the U.S. for club members to build their own winch. If we can convince the FAA to allow E-AB tow planes, the elements would be in place to greatly reduce the cost barriers to taking those beginning steps on the stairway to heaven.” 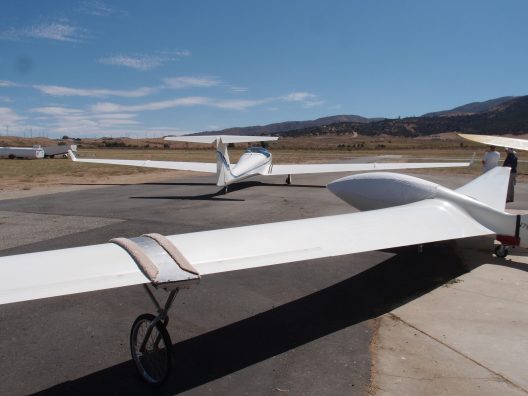 Apropos, a Ximango motorglider taxied up to the byard hangar mid-afternoon

Murry focused on the possibilities inherent in auto engines with their lower initial cost and possibly lower operating costs than aircraft equivalents.  Murry is a consistent and constant proponent of making soaring affordable.

Taras Kiceniuk, Jr., divided his time between elucidating aerodynamic principles and sharing an architectural concept for airport living in style. He has a long history in aviation, having designed the Icarus hang glider and Icarus V.  Icarus became one of the first electric aircraft in history, flying the length of the Flabob Airport runway in 1979 on energy from solar cells.  In roughly that time period, John Moody flew the airplane with wheels at Oshkosh, ushering in the new ultralight aircraft era.  Taras really started something.

After the evening barbecue, Al Bowers, recently retired Chief Scientist for the NASA Armstrong Flight Research Center gave a great overview of the Apollo Program, NASA’s three-person moonshots, six of which actually touched down on the moon.  The entire program cost about $25 billion ($167 billion in 2019 currency).  Even costlier, three astronauts lost their lives in a launch pad fire in 1967. 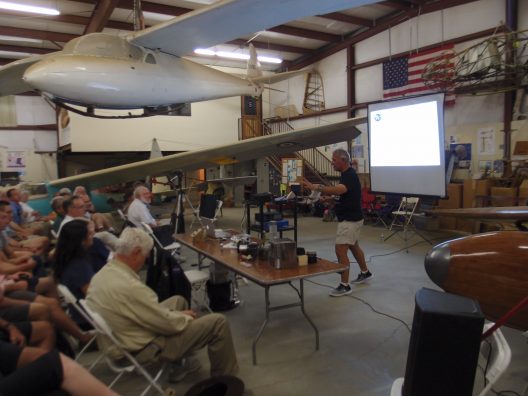 Several “rehearsal” flights demonstrated different technologies and structures, and enabled engineers and scientists to overcome the many obstacles to success.  Al demonstrated one balancing problem for rockets sitting atop a column of fire by using a push broom atop his hand.  Your editor was good enough to remove it to get a better picture of Al addressing the crowd – only to be told it was a prop for the speech.

One of Al’s claims to fame is having the autographs of all the Apollo astronauts except for that of Gus Grissom, lost in that launch pad fire.  He shares the images of the signatures, lost in quiet admiration for all they represent.  They represent a heroism and national commitment that would be admired by all, in all ages. 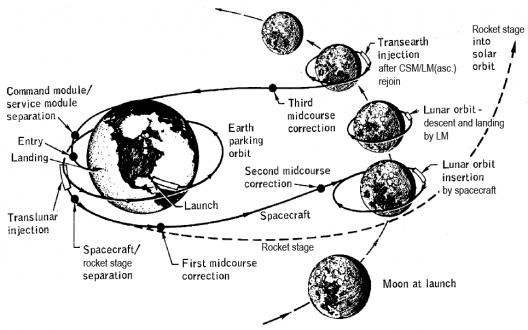 Your editor has been to nine of these events, and always comes home with an immense feeling of optimism and gratitude for the hard work these men and women do to further a cause for which they receive little credit. Keep the Experimental Soaring Association’s Western Workshop in mind for next year’s calendar.