An Australian flying school and a flight planning software enterprise are in the middle of a series of flights that attempt to break an electric aircraft world endurance record.

The cleverly-named Eyre to There Aviation announces that, “In partnership with platinum sponsor AvPlan EFB will aim to break a world endurance record for an electric aircraft with a 7-day, 18-stop flight around South Australia.” 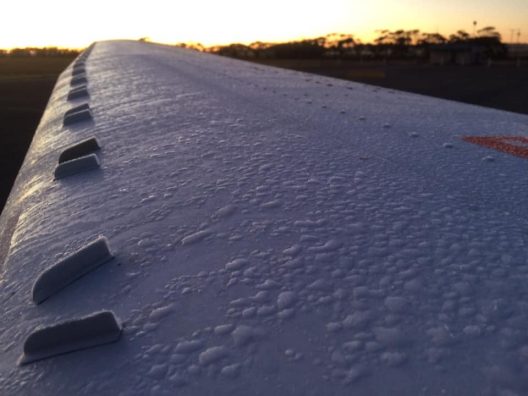 David Bradshaw awoke to winter morning Down Under. “Beautiful morning, but will have to de-ice the aircraft before we get going. Start of day 3 of our World record attempt.”

According to the organizers, “The proposed route will include flying across to the Lower Eyre Peninsula and inland back to Port Augusta for flight sectors around the Yorke Peninsula before arriving back in Adelaide, subject to aircraft performance and weather.”

A 1,150 kilometer (714.6 mile) trek, the flight would “shatter the previous record of 750 km (466 miles) flown in September 2020 in [Switzerland and] Germany.”  The Europeans needed 11 stops for recharging on their trip, so the 18 planned by the Australians is comparable for the planned distance.

Aviation vlogger Stefan Drury hopped a ride in Eyre’s Pipistel Alpha Electro, the only certified electric flying machine in Australia at this time.  That may come as a surprise to regular readers, because three years ago we reported on the flight training operation in Perth run by Joshua Portlock and his associates.  The team at Electro.Aero gave up training flights to concentrate on aircraft chargers, a business that will become an increasingly necessary part of electric flight. In fact, 93-0938, the aircraft featured in our blog entry on Joshua’s flight school, is now flying in Adelaide for Eyre to There.

Like the Switzerland to North Sea journey, the 18 stops for this record attempt are range limited by the battery endurance of the Pipistrel Alpha Electro.  The Europeans had the advantage of flying the newer Velis, with liquid-cooled powerplant and batteries. 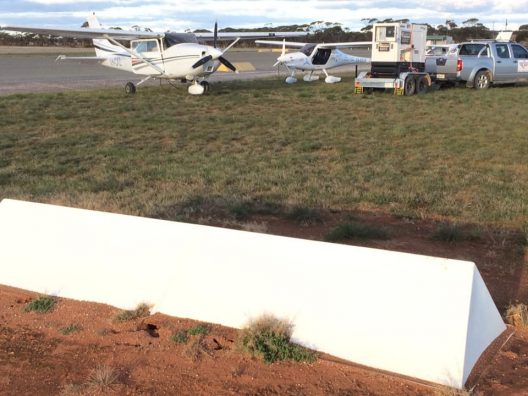 “’The world record we’re seeking to break is basically an endurance record to push the durability and reliability of the aircraft. We’re also hoping to break a couple of other records including fastest point-to-point single flight and fastest climb rate,’ [Eyre to There Managing Director] Barrie [Rogers] says.”

Starting at Parafield Airport on Saturday, June 19, the little Electro few to Balaklava, then to Snowtown, Port Pirie, and the first night’s stopover at Whyalla.  Apparently, a Cessna 182 carried necessary charging gear, much like Gabriel DeVault’s journey in his e-Gull and the Swiss/German team’s longer trek in a Pipistrel Velis Electro.  As electric aircraft gain popularity, expect the charging network to grow.

To reach the first night’s destination, the Alpha Electro had to cross 27 miles of open water, noted on David Bradshaw’s Facebook page. 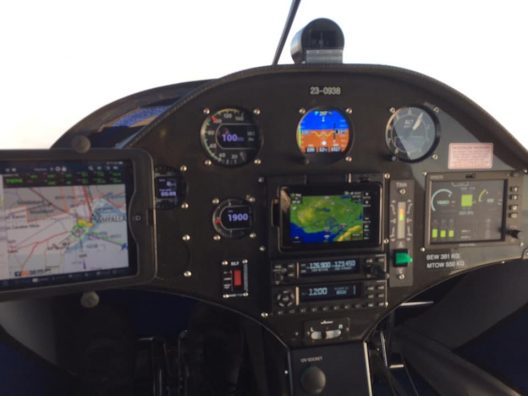 “Day two, leg one. Just completed what is almost certainly the longest over water transit in a certified electric aircraft in Australia, and possibly the World. Chuffed little Vegemite!!”  (Ate a substance that according to its ads, “Tastes Like Australia!)

The second day included flight into a desolate land with little vegetation, let alone Vegemite.  The crew was met with great enthusiasm along the way, though. 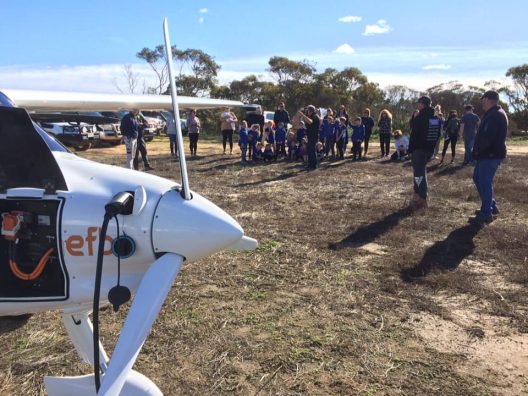 “Day 3, stop 2: Rosevale, near Ungarra, Eyre Peninsula. What a wonderful reception from the local community, including the entire student body of Ungarra Primary School.”

Now into their fourth day of the seven-day adventure, the group presses on.  We will report at the end of the week on the overall results of this tour of southern Australia.