Competition is growing in the electric Vertical Take Off and Landing market, with 407 potential builders listed in eVTOL News.  Vertical flight takes power, though, and with available batteries limiting range, most such vehicles can make only short hops.  Alternatives that allow speedier, longer flights, in the form of electric Conventional Short Take Off and Landing (eCSTOL) aircraft are in development.

Such craft offer the benefit of requiring less power for takeoffs and climbs, being more aeronautically-based than power-based.  Airflow, for instance, claims operating costs for their eCTSOL craft is one-third that of an eVTOL or helicopter.

We will look at three eCSTOL craft that seem to making headway at this time.  The infrastructure (in two cases below) to support their flight may already exist.

Curt Epstein, writing in Future Flight, under the headline, “Infrastructure Needs for eSTOL and eVTOL Aircraft May be Closer than Imagined,” notes the “intense study” being undertaken.  Speaking at the Vertical Flight Society’s  Electric VTOL Symposium, Airflow co-founder and CEO Marc Ausman, “Described the runway needs of his proposed blown wing aircraft as being 150 feet of ground roll with an overall requirement of 300 feet in length. That is roughly three times the length of the currently [prescribed] touchdown-and-liftoff (TLOF) area plus safety zone, for a helipad.” 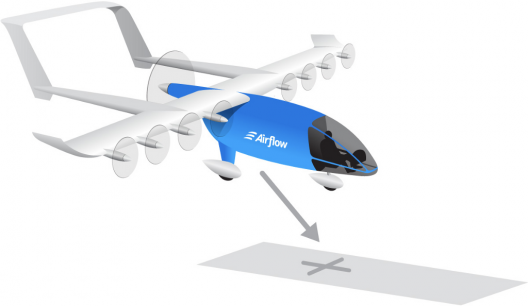 This would open up thousands of potential landing zones.  A Massachusetts Institute of Technology (MIT) study, “…examined several major cities and found that Los Angeles had 6,200 such potential sites, while New York had 5,700, Dallas and Chicago around 3,800 each, and Boston 2,500.”  David Ausman explains, “So even if one percent of those were actually viable, you would still have dozens of rooftops plus other areas around the city and suburban areas where these aircraft can land.”

Ausman believes such a runway length will enable flight from the roofs of existing buildings, and reasonable integration into “urban environments.”  The single-pilot aircraft’s proposed 250-mile range (with reserves) and ability to carry 500 pounds of low-density cargo could lead to profitability because of low operating costs. 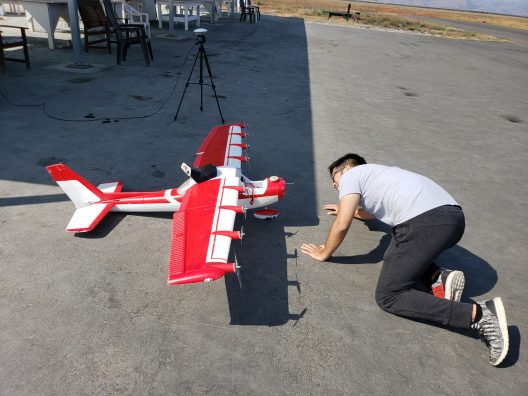 Airflow is building a demonstrator based on a Cessna 210 what will feature (according to the company’s illustration) eight electrically-driven fans across the width of the wingspan.  This is similar to the David Ullman’s experiment in distributed electric propulsion, part of his IDEAL (Integrated Distributed Electric-Augmented Lift) concept.

The final craft will not be purely electric, but a hybrid powered by Eric Lindbergh and Eric Bartsch’s Verdego Diesel-electric system.  Combining a 184 kilowatt (247 horsepower) piston-engine driven generator with the DEP motors providing enhanced lift on Airflow’s wings will give economical operation and short-field potential.

Taking a similar demonstration step to Airflow, Electra pledges its mission is, “To turn flygskam (flight shaming) into Flugvergnügen” – the joy of flying.

Electra.aero wants to bring Flugvergnügen” – the joy of flying, back

Charles Alcock, in Future Flight, writes, “Electra is on track to complete the preliminary design phase of its eSTOL aircraft technology demonstrator this month with most of the vendors and suppliers having been selected, including Blue Force Technologies, which will be the lead designer and manufacturer for the airframe.” 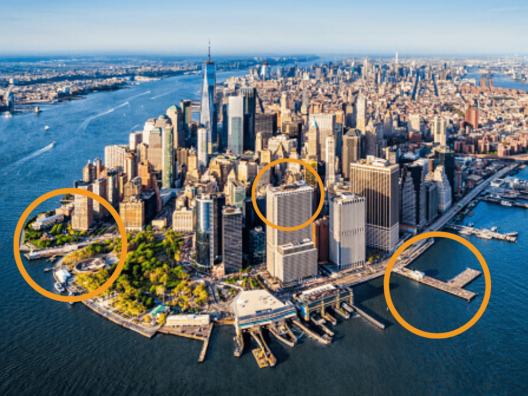 Program manager James “JP” Stewart will oversee the program, building and test flying a Cessna 172-size craft.  The two-seat craft, weighing about 3,000 pounds, will be powered by a “custom turbogenerator” that will serve as its hybrid-electric powerplant and drive eight electric motors with an installed power of 260 kilowatts.  That kind of power should ensure true STOL performance.

First flights in 2021 are intended to show takeoffs and landings in “as little as 100 feet.”  A later production aircraft will carry up to six people and perform “a variety of missions once it achieves type certification in 2026.”

Langford, a graduate of the Massachusetts Institute of Technology (MIT), is teaming with his alma mater on a Small Business Technology Transfer (STTR) project.  This project includes a contract to join the U. S. Air Force’s Agility Prime program for “Innovative Control and Configurations for ORBs [Organic Resupply Busses] with Distributed Electric Propulsion.”

Note the video never defines the term “ORB” but lets us know what they are and what they are not.  Since the video was made in mid-2020, the working definition of such vehicles may have changed in the official lexicon.

Note also that Langford’s team and Airflow’s were previously heavily involved with multiple rotor eVTOL projects, and are familiar with the many difficulties of such systems.  They have both switched to eCSTOL projects.

Like John Langford, Bruno Mombrinie helped develop and fly human-powered aircraft at MIT.  Bruno is now involved with Metro Hop, and ambitious project that incorporates aircraft and infrastructure design.  The eCSTOL aircraft and its systems can support passenger or cargo operations.

Like Airflow and Electra.Aero mechines, the Metro Hop aircraft is speedier and more far-ranging than most multi-rotor machines, with a cruising speed of up to 400 kilometers per hour (250 mph) and a 200-kilometer (125-mile) range “with current battery technology.  A highly specialized skyport and service facilities shown in the video seem essential to the clockwork timing of Metro Hop’s operations.

Currently, Metro Hop has received grants through the ESA (European Space Agency) and BIC Bavaria, and is looking for more investors.

All these eCSTOL machines feature intermediate ranges and the speed to perform longer trips in the same time urban air machines make cross-city hops.  Coupled with what will become longer commutes to more affordable enclaves, these machines open many possibilities for a future that looks very different from what we may envision for our cities.