Phinergy, an aluminum/air battery maker from Israel, is now partnering with Indian Oil Corporation.  Phinergy’s technology just received an award from the World Economic Forum as one of the 100 most promising Technology Pioneers for 2021.  Phinergy was chosen for, “Its innovative energy solutions which turn metals, such as aluminum and zinc, into a clean, sustainable and cost-effective means of storing, transporting and generating energy.” 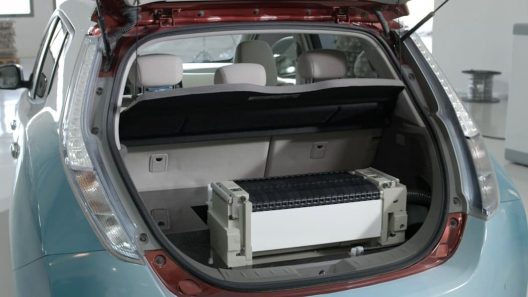 Phinergy battery in Leaf EV. Several more under the trunk floor belie the appearance of the single pack in this picture.

Why would Indian Oil Corp. (biggest oil outfit in the country) be attracted to Phinergy and its aluminum/air batteries?  Company R&D Director S.S.V. Ramakumar explains, “Lithium is scarce in the country and we started scouting for an element which is abundantly available as a natural resource.”  Unspoken, the idea that India has one of the most polluted airsheds in the world, means increasing pressure on Big Oil to redeem itself.  Reuters reports, “India was home to 35 of the world’s 50 most polluted cities, according to IQAir’s 2020 World Air Quality Report, which gathered data for 106 countries. The findings were based on the country’s annual average of particulate matter PM2. 5, airborne particles with less than 2.5 microns in diameter.” 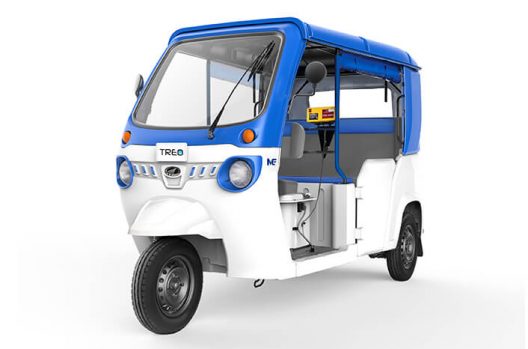 Typical of “Tuktuks” that clog Indian cities, Mahindra Treo has lithium-ion battery – could benefit from aluminum-air replacement. Two-stroke powered Tuktuks are a huge source of pollution

A possible solution to India’s air woes could be their 600 million tons of bauxite ore, enabling India to be one of the top 10 bauxite producers.  That U.S. Geological Survey estimate may be eclipsed by India’s mining ministry appraisal that untapped resources may be many times that amount.  Even at current production levels India is the world’s second largest smelter of aluminum.

As Steven Loveday reports in InsideEVs.com, “Reportedly, these aluminum-air batteries are very energy-dense, which means even in a much smaller and lighter package, they’ll be able to provide significantly more range. They’re also cheaper and safer than lithium-ion batteries.”

One major problem remains.  Aluminum-oxygen batteries can’t be recharged, at least in the bounds of current technology.  Suppliers will need to set up some network of battery swap stations, where a high-speed system could drop out the spent batteries and replace them with newly-minted ones.  Even though one could drive from San Francisco to Los Angeles and back on one charge, the need to find a specially equipped swap station may dissuade potential users.  Swappability might not be a problem for aircraft, especially if the battery packs were similar to those on Pipistrel’s Electros.

Nikki Gordon-Bloomfield of New Zealand’s Ecotec shares a possible solution in the following video – the Aluminum-air battery acting as a range extender for a vehicle’s lithium-ion pack.

Aluminum-air batteries can be less expensive than their lithium equivalents, give better range, and be safer.  Just the freedom from worrying about flammability might be reason enough to choose aluminum-air.  Their energy density is excellent, and in this seven-year-old video, Phinergy demonstrated the ability of the single stack of aluminum-air cells to drive a small Citroen over 300 miles.

Green Car Reports reported on CEO Aviv Tzidon’as comments about this demonstration.  “Each aluminum plate, says Tzidon, has enough energy capacity to power the car for roughly 20 miles (we’d guesstimate it at perhaps 7 kWh), and the test car has 50 of those plates. The entire battery, he says, weighs just 55 pounds (25 kilograms)–apparently giving it an energy density more than 100 times that of today’s conventional lithium-ion pack.”  That sounds pretty spectacular, and it would seem the world would have beat a path to Phinergy’s door before this.  Let’s be a bit skeptical, but hopeful.  The backing from a huge Indian firm may be what Phinergy has needed all along.