Heart Aerospace, on the airport at Gothenburg Airport in southern Sweden, wants to bring inexpensive, four-motor electric flight to the masses.  With $35 million (29.4 million euros) in recently acquired backing, the small team at Heart is working toward making a 19-passenger, four-motor airliner a reality.  Their ES-19 is a single-aisle design with eight-rows of single seats and three-seat row at the cabin’s rear.

Those 19 seats are a selling point, with United Airlines signing purchase contracts for 100 of the $ 9 million machines.  Mesa Airlines follows suit for another 100 and Finnair, Finland’s national airline, has expressed interest in another 20.  Funding from Bill Gates’ Breakthrough Energy Ventures and other investors totals over $35 million.  For a niche market, the possibilities are expansive, with many small airlines flying short routes ready for such a craft. 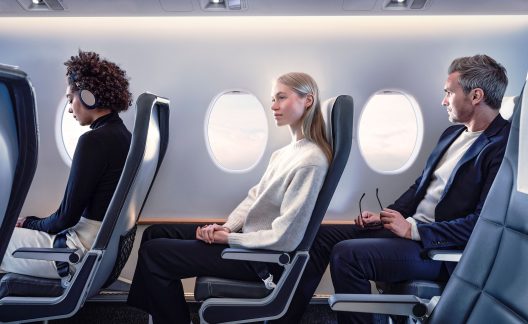 Heart sees the 19-seat market as promising, since few 19-seat commuter liners exist anymore.  Part of that is economic, with small turboprops being nearly as expensive to run as larger ones.  Electric powerplants would lower total operating costs and help restore previously unprofitable routes to more destinations.  In your editor’s view, four small electric motors, with controllers, battery management systems and battery packs tucked into each nacelle, could lower total cost and spread aircraft weight along the span.  The design allows for “blown lift,” a feature other makers tout for their short take off and landing (STOL) designs.

Mesa Airlines sees new hope for currently unserved communities.  “Mesa was the world’s largest operator of 19-seat aircraft and has unparalleled expertise in connecting smaller communities to the national transportation system. Over the past 30 years, as the economics of operating 19-seat aircraft became uneconomic, operators exited markets and practically all 19 seat aircraft have been withdrawn from commercial service. For example, Farmington, New Mexico, a rural community bordering the Navajo Nation, previously had over 30 daily departures to seven destinations. Today, Farmington has no scheduled passenger service. The reduced operating costs of the ES-19 aircraft hold the promise of revitalizing travel options that are currently not economically viable with traditional aircraft.” 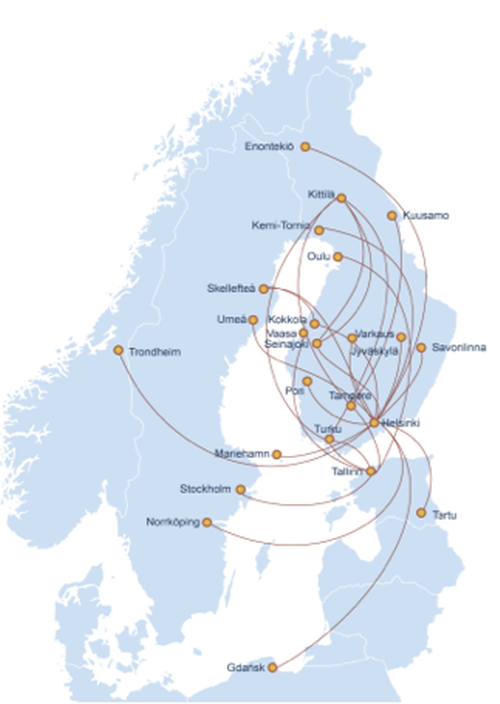 Similar hopes are expressed for European routes over mountains and across waterways that would otherwise consume hours by bus, car, or boat.

The firm has an obviously talented crew, boasting personnel who’ve worked on over 100 aeronautical projects.  Initially, 400 kilowatt motors, controllers, and battery packs will be in-house designed and built.  Later components for a more powerful version will be sourced like a popular plastic brick maker’s products.  “Moreover, an aircraft is a Lego kit of different components manufactured by different suppliers. Heart Aerospace is working with the same suppliers as the established aerospace companies.”

The pre-prototype being built in-house will be powered by four 400 kW motors each driven by four 180 kilowatt-hour batteries mounted in the nacelles behind the motor and controller.

This craft will have a top speed of 215 knots (247 mph) and cruise at 180 knots (207 mph).  It can land and take off on an 800-meter (2,625 feet) runway, common enough on airports for small aircraft.  The prop wash over a good percentage of the wing and high-lift flaps will aid in short-field operations.

Heart explains the economies of operation for their craft.  “Our electric motor is about 20 times less expensive than a similarly-size turboprop, and about a 100 times less expensive than the cheapest turbofan. More importantly, maintenance costs are more than 100 times lower. These lower operating costs will make 19-seater electric aircraft competitive to 70-seater turboprop aircraft. ”

Battery packs have an energy density of 200 Watt-hours per kilogram, a credible figure considering ongoing hyperbole in the industry.  Almost a given based on the video credits, Northvolt will probably be the supplier.  One source suggests Northvolt would supply 4865 cells for Heart’s battery packs (similar to Tesla’s new battery format), but this will need verification.

In an unveiling of the aircraft and its technology, royalty was present in the person of Prince Daniel, Duke of Västergötland and husband to Crown Princess Victoria.  Sweden and the Nordic countries in general have a significant interest in promoting clean energy.

Such interest and a viable airplane that could serve regional airports could lead to a clean revolution in a currently underserved part of aviation.