If one stays with a line of work long enough, one will accomplish mighty things.  That’s certainly true for John Langford, Chief Executive Officer for Aurora Flight Sciences.  His decades-long career, start his decades-long career, starting at Massachusetts Institute of Technology and culminating his company partnering with Boeing, has explored almost every aeronautical discipline.  For this perseverance, he was awarded the 2019 Personal Aircraft Design Academy (PADA) Trophy.

Aurora Flight Sciences’ Chief Technology Officer, Tom Clancy, was on hand at the 2019 Sustainable Aviation Symposium at UC Berkeley to accept the award for Langford.  Clancy has worked with Langford since their MIT days, building and flying several human-powered aircraft, including the 1974 Daedalus.  That aircraft flew the 74 miles from Crete to Sicily over the Mediterranean Sea, still the human-powered distance record.  He and Langford went on to design, build, and fly an astonishing range of aircraft.

Putting solar cells on Daedalus gave them a pilotless airplane that could stay up for extended periods.    This led to larger machines with even greater endurance.  Here we get to see Dr. Langford and Clancy in the same video.

Aurora delved into not only advanced aerodynamics, but instrumentation and sensing systems that enabled flight in blind flight conditions that truly are blind.

Expanding into the entire flight range for fixed-wing aircraft, Aurora managed totally-pilot-free trips for its Centaur test vehicle.  The video expands on other Aurora projects.

Dr. Langford’s career has been distinguished by many awards, including a DARPA honor for the company’s Lightning Strike advanced Vertical TakeOff and Landing (VTOL) craft in 2016.  A bit like a Lilium on steroids, Lightning Strike will combine jump starts with high speed.

Designs are certainly not limited to VTOL, though, extending into large airliners with advanced aerodynamics, such as Aurora’s D8 “Double Bubble, seen here at the end of longer blog entry on future airliners. 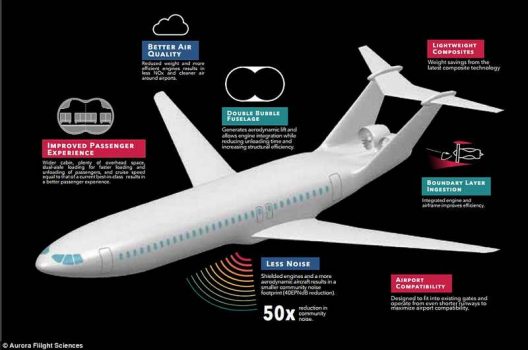 Dr. Langford’s long and fruitful career, highlighting his ability to find novel and creative solutions to virtually every type of aeronautical problem, was well presented by Mr. Clancy, himself an innovator of note.  This is indeed a great addition to PADA’s decades of recognizing designers of accomplishment and merit.