Craft Aero, yet another newcomer in the electric Vertical Take Off and Landing (eVTOL) market, brings a novel 16 motor, diamond wing design to regional aviation.

Laurie Foti writing for Tech Crunch, thinks, “Air taxis may still be pie in the sky,” but acknowledges Craft Aerospace for aiming to move the air travel industry forward, “with a totally new vertical takeoff and landing aircraft that it believes could make city-to-city hops simpler, faster, cheaper and greener.” 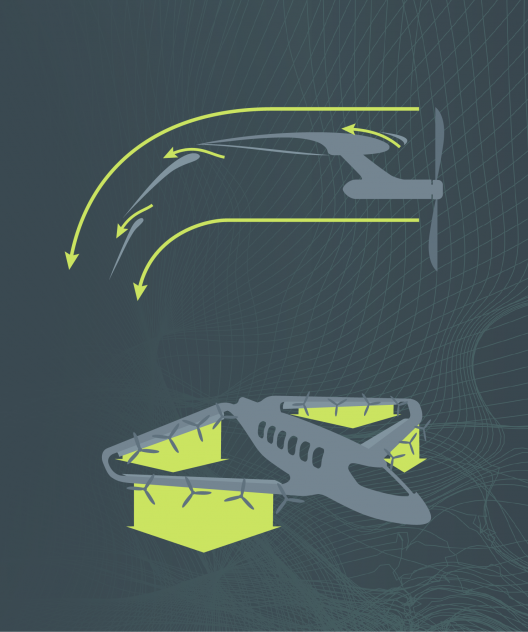 She credits Craft for its “new” method of deflecting airflow downward to gain vertical takeoffs, something qualified by company co-founder James Dorris.  He notes that, “Our tech is a combination of both existing and novel tech.  The box wing has been built and flown; the high flap aircraft has been built and flown. They’ve never been synthesized like this in a VTOL aircraft.”

Claiming to cut regional flight times in half, Dorris explains the time savings possible.  “Anyone that’s ever had to take a flight that lasts under an hour knows that three times longer is spent in security lines, gate walks and, of course, getting to and from these necessarily distant major airports.

“’We’re not talking about flying wealthy people to the mall — there are major inefficiencies in major corridors.  The key to shortening that delay is picking people up in cities and dropping them off in cities. So for these short hops, we need to combine the advantages of fixed-wing aircraft and VTOL.’” 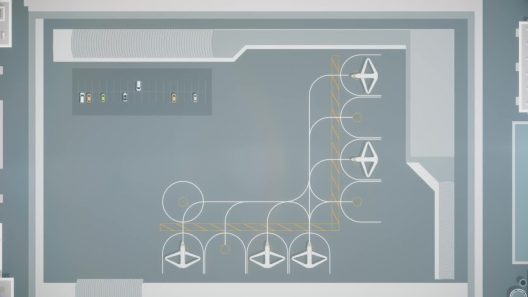 Small space required for multiple Craft airplanes would allow one to “Skip the Airport,” according to the firm

The overall design and intent of the high-lift machine seems to call out for more than just urban hops, though.  Craft’s web site explains, “Not another flying car.  Our range covers 65% of domestic air routes.”  But Craft does not chart out trips between major airports.  Their routes cover things like Santa Monica to Fisherman’s Wharf in San Francisco.  The 381 air miles between the two cities are a 45-minute trip by jet, but undoable because Santa Monica airport’s 3,500-foot runway would not be usable by regular airliners.  Even a small airliner such as an Embraer 170 requires far more runway for landings and takeoffs.

But flying from a parking garage or the pier in Santa Monica would eliminate the 26-mile drive from there to the Burbank airport – a time-eating struggle on a good day.  Being able to lift off by the beach and fly directly to Fisherman’s Wharf eliminates airport drives or expensive cab rides.

These are very much the economics of any prospective eVTOL operation, and don’t count the saving graces of not going through the stress of TSA inspections and mile-long hikes to a boarding gate.  With only nine passengers, boarding is quick.  The flight may be slower than the bigger jets, but avoids the many hassles with which conventional flights are fraught. 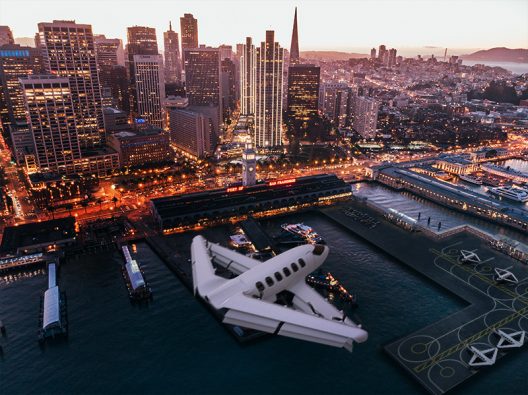 Craft has flown its design in large-scale model form, and is still engineering the number of motors (16 shown on renderings so far).  This is not uncommon.  Early images of NASA’s X-57 Maxwell showed regular changes in numbers and placement of that airplane’s motors.  Craft will incorporate a hybrid system with a fuel-powered generator, enabling flights up to 1,000 miles at 35,000 feet and 345 mph.  The thrust-directing flaps and need for pressurization will be design challenges for the team.

A recent entry in the market, Craft has personnel from Virgin Hyperloop, car company Karma, Space X, MIT, and has backing from the U. S. Air Force.  Cofounder James Dorris came from the Nevada Hyperloop project and cofounder Axel Radermacher worked Karma Automotive’s powertrain – as well as other electric vehicles.

The team has a good many accomplished engineers and an apparent wealth of bright ideas.  How soon these come to fruition and actual flight testing remains to be seen, but large-scale hops with full flap operation could begin in a few months.  An interesting design, Craft’s machine would make for an interesting flight experience.