One Size Does Not Fit All

Their White Paper, “Zero Emission Aviation – Emissionsfreies Fliegen” (unfortunately available only in German) promotes the promise of “energy transition in air transport, with the goal of zero emissions,” and claims this is “possible by mid-century but requires a considerable increase in innovation.” 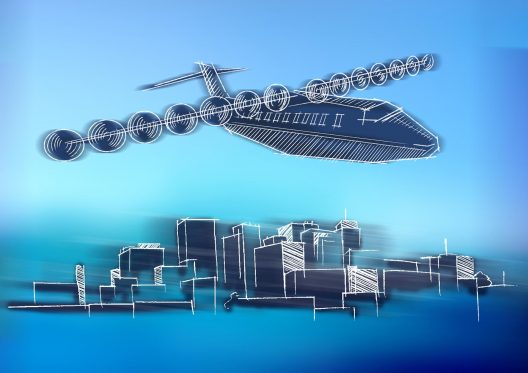 Rolf Henke, the member of the DLR Executive Board responsible for aeronautics research and technology, explains, “The time has come to start a new chapter in aviation. Our white paper shows the path to emission-free flying for the ‘Green Deal’ in aviation, which will lead to new technologies, attractive high-tech jobs, fascinating products and the promotion of social prosperity in Germany and Europe.  With the transformation of an entire industry, however, this path also involves major research efforts. In particular, flying demonstrators will be an essential element in the areas of electric flight, hydrogen, new fuels and new aircraft configurations.”

“Reiner Winkler, BDLI’s Vice President for Aviation emphasizes: ‘We are currently facing two unprecedented challenges. On the one hand, the coronavirus pandemic has triggered the most severe economic crisis in our industry. The collapse of global air traffic creates a dramatic situation for manufacturers as well as for our deeply rooted supply chain, which is located throughout Germany. On the other hand, aviation is on the threshold of climate-neutral flight. We have set ambitious goals for ourselves; by 2050 we will achieve climate-neutral flight. That is why up to 90 percent of our investments in research and development have long been directed at reducing emissions.’”

The DLR, BDLI and participating academic and industry partners are researching “several radical technologies… in parallel” for missions from urban aeronautics to large airliners capable of trans-continental trips

Zero-emission aviation requires a great deal of research. To achieve this goal, and their use evaluated in relation to the size and range of aircraft. In the field of battery-electric urban air mobility to hybrid and fuel cell power for regional aircraft, and sustainable fuels, in combination with new gas turbine concepts for emission reductions on medium and long-haul flights. Directly-burned green hydrogen may become a factor on long-range flights.

On an economic standpoint, the white paper predicts, “Until the global aircraft fleet is replaced by the next generation in around 20 to 30 years, financial resources will be needed to improve the climate impact of current aircraft, in addition to investments in new technologies… Studies by DLR show that even small changes in flight guidance with an increase in operating costs of only one percent could lead to a reduction in climate impact of up to 10 percent.” 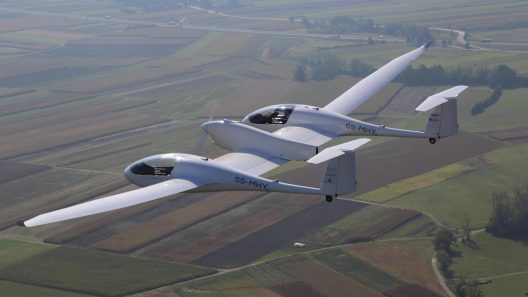 The Hy4, powered by a hybrid drive concept comprising a low-temperature hydrogen fuel cell and a high-performance battery works successfully. André Thess, Director of the DLR Institute for Engineering Thermodynamics, explains, “The major challenge for the future is to create electric drive systems for large passenger aircraft as well. With this vision in mind, we are currently working to continue improving the fuel cell powertrain.”  This aircraft, originally powered by a 200 horsepower electric motor, won the Green Flight Challenge in 2011, with a passenger mile per gallon energy equivalent of 403 mpg.  This clean design would enable it to transport four passengers in unpiloted mode between Germany’s 60 regional airports, a short-range convenience for many users. 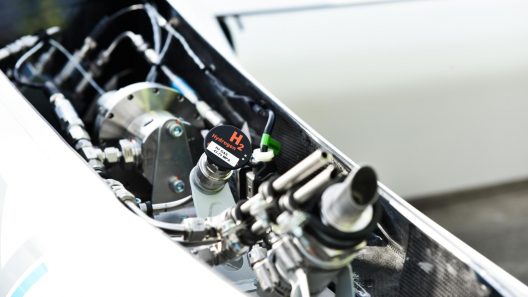 A cooperative effort between The German Aerospace Center and Bauhaus Luftfahrt,  the CoCoRe (Cooperation for Commuter Research) project examines the possibilities and potential for hybrid-electric 19-seater aircraft. These craft would fly missions up to 350 kilometers (217 miles), not uncommon distances for such air service. 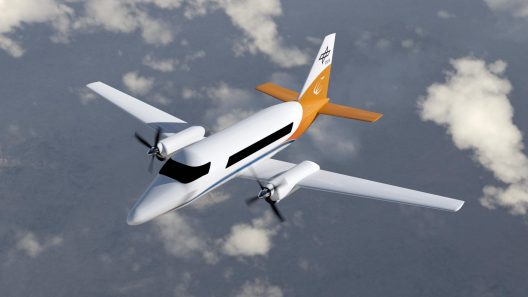 This is a popular market segment, with approximately 3000 commuter-class aircraft in use worldwide.  But only just over a dozen new 19-seaters have been delivered to the civilian sector annually in recent years.  Project Manager Wolfgang Grimme of the DLR Institute of Air Transport and Airport Research explains, “In our study, we investigated a sample configuration that, with a few modifications, is based closely on the 19-seater Do 228 and, in particular, the Jetstream 31, which are currently flying.”

Envisioning flights of 200 kilometers (124 miles) on battery power alone, DLR researchers expect a battery weight of two tons and a maximum total take-off weight of 8.6 tons.  With this in mind, they propose mounting easily replaceable batteries in nacelles over the landing gear.  Such distances are not uncommon for routes even in America.  Southwest Airlines, for instance, just added a new route between Colorado Springs, Colorado, and Denver on March 11, with service four times daily. At only 63 nautical miles long (73 miles), the flight will be the shortest in the Southwest route network, according to the airline.

Grimme adds, “This allows us to place the weight of the batteries, which are comparatively heavy, exactly where it is most convenient during take-off and landing – directly above the landing gear. This also means that empty batteries can be replaced quickly and easily.” 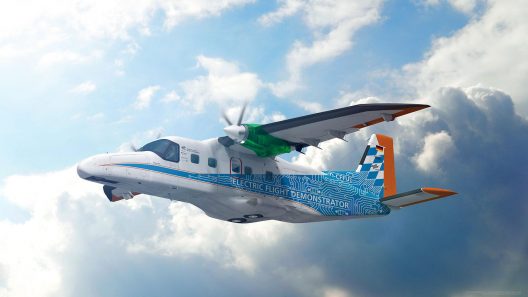 Range extenders in the form of two gas turbines that can be coupled or decoupled from the propellers could allow trips up to 1,000 kilometers (620 miles). DLR research shows 56 percent of 19-seaters worldwide fly distances of less than 200 kilometers and 83 percent fly less than 350 kilometers (217 miles).

Improved batteries could lead to even better fully-electric ranges in the near future.  Smaller battery-powered and range-extended machines would also provide more trips to remote regions with lower passenger volumes, expanding the possibilities for more flights to more destinations that otherwise can’t support 737 or A320 size aircraft.  The economics of batteries with greater numbers of charge discharge cycles will enhance electric aircraft use and again lead to more small craft making more trips to otherwise little-served communities.