Lange Aviation explained the large glider-like machine on display at the 2018 Aero Expo this way: “During this year’s AERO in Friedrichshafen, a mock-up of the Antares E2 was displayed publicly for the first time by our sister company, Lange Research Aircraft GmbH. The Antares E2 is an aircraft with an extreme endurance and very high reliability, which has been designed primarily to address maritime monitoring tasks such as fishery control. In order to fulfill the design goals, a novel propulsive system using six fuel-cell systems and six over-wing propulsors has been developed. 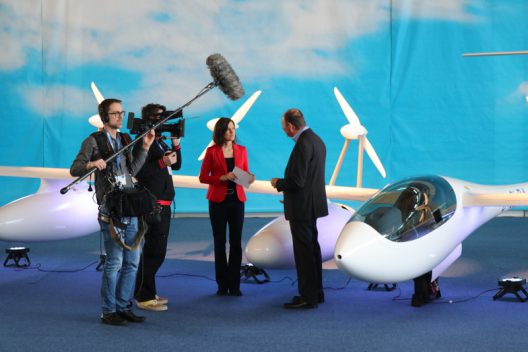 As noted on Lange’s web site, “’The E2 is only a glider at first glance,’ says CEO Axel Lange, in fact, it is a flying sensor platform for research purposes, which can remain in the air with fuel cell drive about 40 hours in the air….’”  Initial tests will be performed with a manned version, but later, the E2 will fly autonomously on missions such as border patrols or identification of marine pollution. 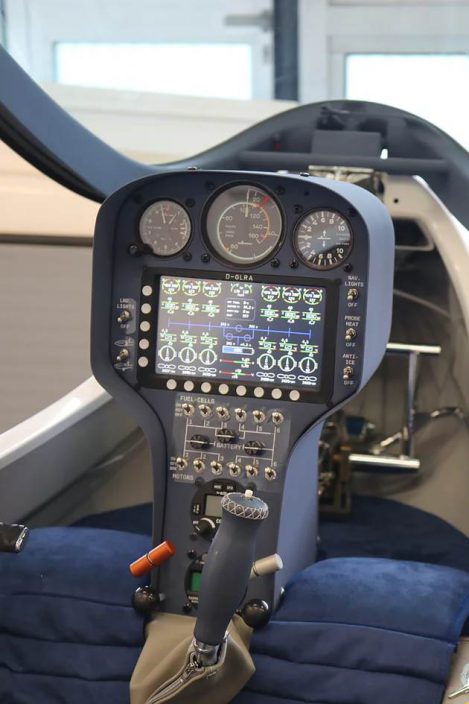 Lange E2 pilot will have a formidable array to monitor. Later flights will be autonomous

Lange emphasizes redundancy onboard the E2.  Besides a quadruple redundant main computer, systems include: 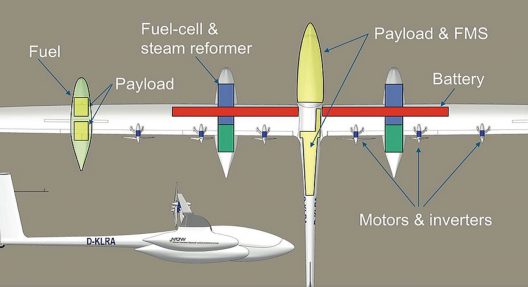 The Antares E2’s energy supply uses fuel cells with an integrated methanol reformer system claimed to be “superior to other forms of energy supply, especially when there is a long-term and constant need for energy.  This is because the reformer allows the extraction of much higher energy than standard burner motors.” 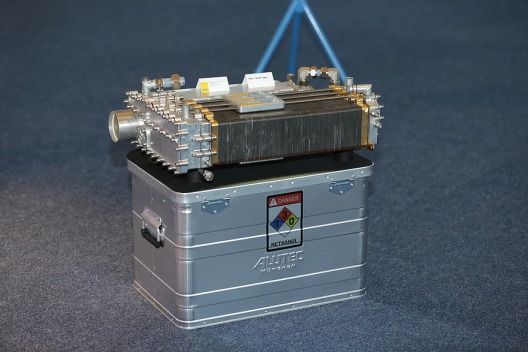 For additional energy during maneuvers such as takeoffs, the system uses lithium-ion battery modules mounted in the wing inner nose.  According to Lange, “Each cell is voltage and temperature-monitored with multiple redundancies. In addition, the modules have battery-heating systems in order to allow use at optimal temperature ranges.”

The fuel cell system, with an inverter from Elmo Motion Control, was tested at Lange.  Five other systems built by Serenergy passed the Factory Acceptance Test. All the DC-DC converters were therefore built and successfully tested.

Efficiency and Economy for Future Missions

Lange Research notes, “Observation and surveillance missions are mostly implemented by using conventional, ie petrol-driven, aircrafts.  The Antares E2 wants to make the implementation of missions much more efficient due to its lesser fuel consumption and lower costs of preparation.  This new economic efficiency also wants to open the market for new missions, which are not yet ready for their high cost.”