A great deal is made of how many great scientific discoveries are made by accident for everything from penicillin to Post-its®.   With no fewer than ten authors for the Nature letter “Production of phosphorene nanoribbons,” their discovery hardly seems “accidental.”  The letter, authored by Mitchell C. Watts, Loren Picco, Freddie S. Russell-Pavier, Patrick L. Cullen, Thomas S. Miller, Szymon P. Bartuś, Oliver D. Payton, Neal T. Skipper, Vasiliki Tileli and Christopher A. Howard, explains their happy “accident.”

“Nanoribbons, meanwhile, combine the flexibility and unidirectional properties of one-dimensional nanomaterials, the high surface area of 2D nanomaterials and the electron-confinement and edge effects of both. The structures of nanoribbons can thus lead to exceptional control over electronic band structure, the emergence of novel phenomena and unique architectures for applications.” 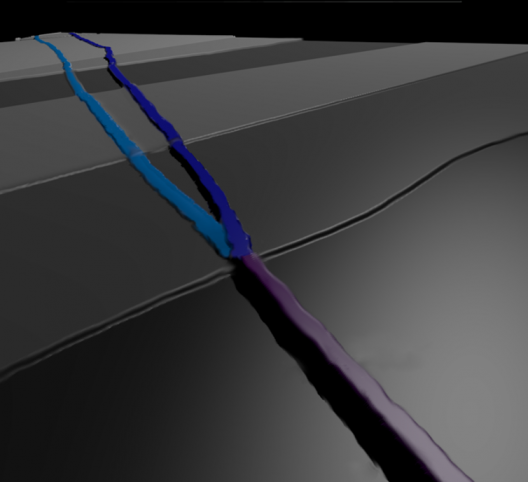 Layered phosphorene ribbens, when split, can be twisted to exploit different properties

The discoverers of phosphorene nanoribbons were trying to separate layers of phosphorus crystals into two-dimensional sheets, but they ended up with “tiny, tagliatelle-like ribbons one single atom thick and only 100 atoms of so across, but up to 100,000 atoms long.”  This, according to the researchers, is the width-to-length ratio of the ribbons similar to that of the cables on the Golden Gate Bridge.  Their width is “incredibly uniform but manipulable” which allows their properties to be fined tuned.  Most interestingly, they can follow contours perfectly, and even be twisted. 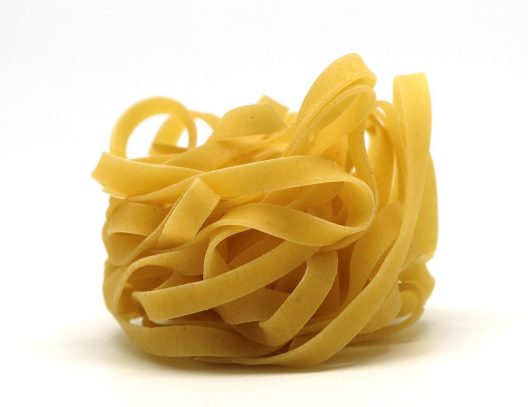 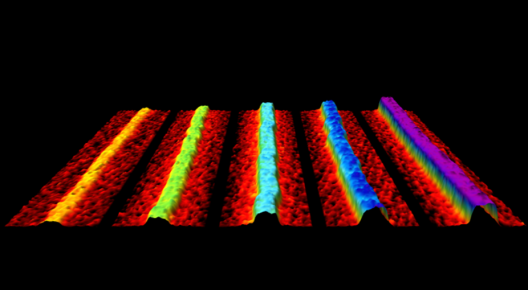 Although one probably shouldn’t pour Bolognese sauce over these noodle-like ribbons, they do have an amazing array of transformative possibilities.  The discoverers think the corrugated structure of phosphorene nanoribbons could move the charged ions that power batteries up to 1,000 times faster than currently possible with existing materials.  This would decrease charging times and provide much greater energy energy storage capacity than conventional batteries.

As reported in Advanced Energy Materials, the combined properties of phosphorus and sodium could add up to a much more powerful battery than current lithium ion cells.  “Great research efforts have been devoted to developing alternative anode materials with superior electrochemical properties since the anode materials used are closely related to the capacity and safety characteristics of the batteries. With the theoretical capacity of 2596 mA h  g−1 (10 times the capacity of lithium ion cells now used), phosphorus is considered to be the highest capacity anode material for sodium‐ion batteries and one of the most attractive anode materials for lithium‐ion batteries.”

Sodium is much easier to obtain than lithium.  Bolivia has tons of lithium salts on its vast desert plains, for instance, but the country is not on good terms with us and has no developed infrastructure to make access to the lithium readily available.  Meanwhile, the oceans and shores of the world are ready sources for sodium.

Researchers think this breakthrough material could be used to extract energy from waste heat, produce high-performance solar cells and provide photocatalysis that would enable efficient, low-cost hydrogen extraction from water.  There is much to be explored, and phosphorene might be the next wonder material.