Pipistrel Electrics in America and France

Celebrating its 30th anniversary, Pipistrel rolled out its new 801 at the UBER Elevate Summit in Washington, D. C. last week and is flying its Alpha Electro Trainer at the Paris Air Show all this week.

Launching the 801 at UBER Elevate

Dr. Tine Tomažič, Pipistrel’s Director of Research & Development, was a keynote speaker at the conference in Washington, D.C. on June 11, where he presented just enough to whet appetites for more on the coming 801 eVTOL design.  His final touch – presenting an ostensibly realistic recording of the 801’s sound, demonstrated how quiet the vehicle will be.

That’s accounted for by the eight fans being tuned to different frequencies, cancelling each other out like the dynamics in noise-cancelling headphones.  That’s just one of the design factors in a well-integrated design.  Its integrated lift system, embedded in the craft’s wings, help mitigate noise. The specially-shaped fans will operate at relatively low RPMs, another step in reducing noise.  Conceptual test vehicles of varying sizes helped refine the noise-control methodology.

Tine calls the new design “an aeroplane” because its fixed wing craft will rely on fairly conventional aerodynamics to cruise at 160 knots or more for its battery-powered 50-mile range – enough to cross Los Angeles in 20 minutes.  801’s flight profile will include a 45-second lift phase, transition to high-speed cruise, and a 45-second descent phase, making the most of its qualities as an aeroplane and shortening the battery-draining lift portions of the flight.  The transition between lift and cruise phases is the most difficult part of flight, but this has been factored into the interface between the aeroplane’s wings and lift units. 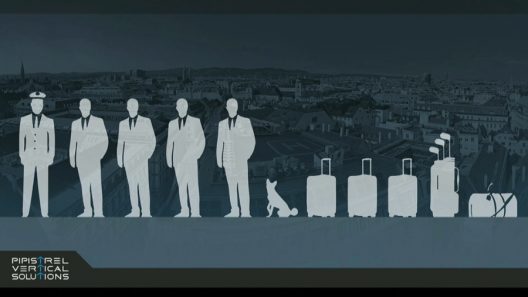 In his talk, Tine described the baggage, both physical and emotional, we all carry. Nobody should get emotional at having to leave anything behind on the 801

In a move to reach “the next level of battery safety,” those batteries will be divided into four different packs of differing types to avoid the same failure modes in all four packs.

Another safety factor, passenger safety, comes from energy-absorbing cabin frames and seats.   The high wing and overhead fans enable easy and safe access to the cabin.  A “brain” from Honeywell is certifiable and ready for autonomy.  That factor will ensure safe passage even on unpiloted trips

Tine says vehicle technology will be available sooner than regulatory approval, with technology ready to fly in commercial service by 2025 or earlier, and regulations following by 2030.  Tine added that the 801 will truly be ready when one’s family and friends want to fly on one.

Meanwhile at the Paris Air Show

Pipistrel shows off their Alpha Electro trainer at the DGAC (the French Civil Aviation Authority) stand every day, and makes demonstration flights every afternoon through the end of this week’s air show. 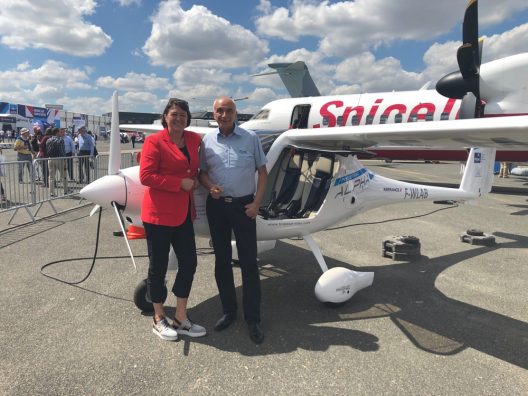 On Monday, Pipistrel’s stand was visited by the President of French Civil Aviation Authority (DGAC) Mr. Patrick Gandil and Mrs. Violeta Bulc, the European Commissioner for Transport.  Pipistrel’s General Manager  Ivo Boscarol  was happy to explain the fine points of the little trainer to such distinguished guests.

On Monday Mr. Jérome Coornaert wrung the little plane out, doing almost everything the Boeing’s and Airbus’s did, but ever so much more quietly.  Pipistrel highlights this on their web site: “Alpha Electro is totally quiet, the only sound it makes is the whisper of propeller moving through the air. Electricity makes no noise!

“It’s so quiet that even at full speed, people sometimes don’t even realize it is flying straight over their heads” 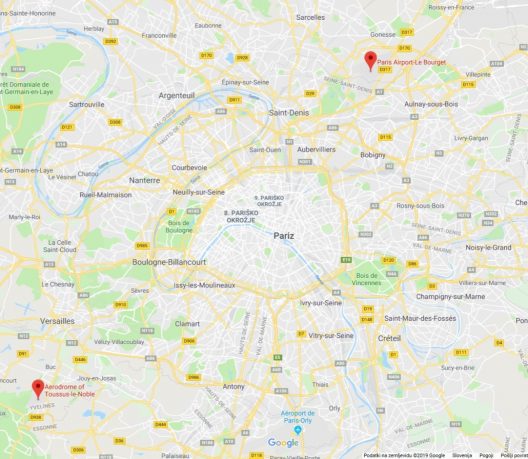 French authorities showed une grande sign of trust in the Slovenian company and its electric trainer.  They allowed it to fly across the center of Paris on its way from Toulouse to Le Bourget Field.

Dr. Tine Tomažič will present his thoughts on Urban Air Mobility at the Sustainable Aviation Symposium, October 7 and 8 at the University of California at Berkeley.  Come and share a first look at a machine that may command urban skies in the next few years.

Next post: A Huge Battery with an Airplane Painted On It