Sunseeker Duo has a New Radio and Big Plans

Eric and Irena Raymond have an enviable life, traveling on sunbeams across Europe in their Sunseeker Duo, and if plans go well later this year, into northern Africa and beyond.  “Last summer, we flew down the west coast of Italy, landing on the islands of Elba and Corsica.”  Crossing the Mediterranean would be no major impediment to further travel, as Solar Impulse showed, because, “Being solar powered our airplanes are assured a constant supply of energy by flying over the clouds, and we can cover much greater distances.” 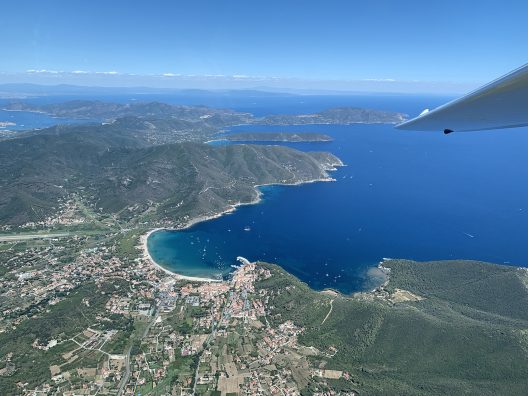 Duo circling over the island of Elba, where Napoleon was exiled in his final years.  The range of history Eric and Irena share in their craft is impressive

This summer will expand their itinerary to, “Starting in Italy and flying down the Dalmatian coast of Croatia, starting by exploring the Istria peninsula, then touring the myriad countless islands of this Adriatic archipelago.  No goal is set, other than returning to our home base in Osoppo (Italy). At least as far as Split should be easy.”  Split, on the west coast of Croatia, includes the palace of Roman Emperor Diocletian, a UNESCO World Heritage site still looking good after nearly two millennia.

“Later in the summer we plan another trip into Germany, visiting team members and friends in Isny and Schwabisch Hall.”

They have even grander plans later in the year, hoped for but somewhat tenuous.  “After the summer flying season, we plan to display the Sunseeker Duo at the Expo 2020 in Dubai and fly it at the Dubai airshow in November.  After Dubai, we would ship the Sunseeker Duo to the island of Cyprus, and from there fly it back to our base in Italy, across Turkey, Greece, and the Balkan states.”

A few things impinge on those hopes.  Even though he flew Sunseeker 1 across the United States in 21 hops in 1990 and Sunseeker 2 over the Alps between Germany and Italy in 2009, fate or politics seem to deny Eric the full recognition he deserves. When he landed at Kitty Hawk, North Carolina after an epic trip across the country, his photo op was overshadowed by our invasion of Kuwait.  This was 23 years before Solar Impulse made the second solar-trans-continental flight.

Eric hopes to participate in the World Air Games this year in Dubai, and while still in negotiations with the organizers, is not yet assured of an opportunity.  He had won a Gold Medal, First Place for the Best Experimental Aircraft at the 2009 event, but has not yet been invited back.  It seems the person who hosted him originally had not followed Fédération Aéronautique Internationale policy. 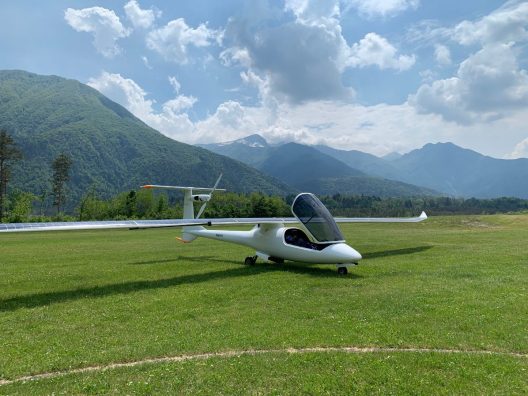 He has tried four more times to attend the games.  In his less than objective view, Your Editor would think the WAG and the Dubai Air Show would be delighted to have a world-class example of a highly advanced aircraft that uses no fuel.  Only Solar Impulse has anywhere near the hours of sun-powered flight accumulated by Eric and Irena – and it requires a significant support team to keep it aloft.  The Raymonds manage their trips on their own – the ultimate in self-sufficient, planet-saving travel.

Eric explains a few quirks that stand in the way.  “It is interesting to study the FAI policies in this field.  Although solar powered airplanes started flying in 1979, no World Records were issued, not even in 1981, when the Solar Challenger flew from Paris to London, without any batteries.  So, no ambiguity there, but it took the FAI until 2010 to finalize the rules for this new class.

“About the Expo 2020 in Dubai; Most of the pavilions are national.  Some countries even get free pavilions, provided by the hosts in case they cannot afford them.

“Our airplanes have no nation.”

Even a “mediocre” day for soaring enables a solar-powered flight to gliding site 22 kilometers (13.7 miles) from the Duo’s home base.  The landing here at the Zampieri glider strip is cleverly recorded, with the camera mounted on a shaft extended from the point about 2/3 span where the wing planform sweeps back.  One can see the mounting point, but the Raymonds use digital editing skills to remove the shaft from view, giving a unique point of view to their shots.

Eric explains the special nature of the Duo. “The Sunseeker Duo is Solar Flight’s third original solar powered airplane design and first two seat airplane. It has a wingspan of 22 meters; an empty weight of 280 kg and 1510 solar cells with 23 [percent] efficiency. The Duo remains the only two-seat true solar powered airplane which has demonstrated the ability to fly on direct solar power. It has logged now many hundreds of hours flying around Europe, and introduced many passengers the unique experience flying with nature’s unlimited source of power.”

Who wouldn’t want such a machine at their air show?

And a Closing Word from Their Sponsor

Eric has managed to appear in a Skype commercial, communicating from the Duo’s cockpit.  His and Irena’s footage appears in GoPro ads.  The couple needs this support for their efforts.  In this vein, “Solar Flight Inc has announced a new equipment sponsor, Becker Avionics from Germany.

“The Sunseeeker Duo is already equipped with a Becker transponder, but our long distance adventures in 2020 showed us that we need the best possible communications radio, for contact with air traffic control.  These ATC stations are often in cities far away, such as Vienna, Padova, or Zurich. By flying high enough over the mountains we can maintain line of sight contact and gain permission to use higher airspace under radar control. 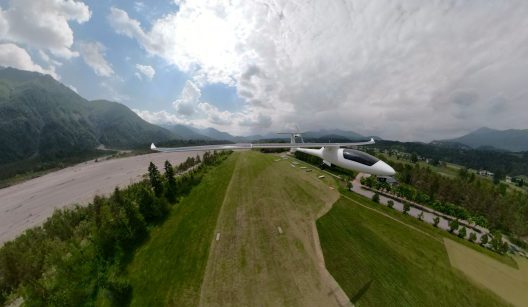 Being solar powered our airplanes are assured a constant supply of energy by flying over the clouds, and we can cover much greater distances.  Therefore a completely reliable communication equipment is essential, and Solar Flight is confident that Becker Avionics’ well-proven equipment is the best available on the market.”

(Editor’s Note: the blog does not endorse products, and in this instance, is merely passing along Eric’s report.)

Eric closes, “Stay tuned to Solar Flight’s social media pages to see where we are, or use flight radar software to follow N488HR, and contact Solar Flight if you would like to arrange a visit to experience a vision of the future of sport flying.”