Jeffrey Engler of Wright Electric has huge ambitions, including producing a 186-seat electric airliner and now testing a two megawatt “aviation-grade motor for transport-category zero-emissions aircraft.”  If Engler’s vision becomes reality, “By 2040, Wright will eliminate carbon emissions from all flights under 800 miles.” 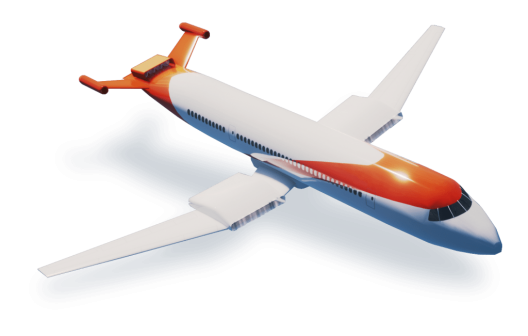 Leap-frogging most other developer’s plans to make 10-, 19-, or even 50-passenger airliners, Wright plans a 186-seat, single-aisle airliner with distributed electric propulsion (DEP), spreading thrust across the wings and tail of the proposed craft

Each motor will produce two megawatts (2,700 horsepower), greater than anything now flying.  When your editor first started writing about this new technology, even model aircraft builders were ganging several small electric motors to produce enough thrust for “3D”-style flight, demonstrating the ability to hover on a propeller in aerobatics.  In 1978, Fred To used four Bosch motors and a single propeller to power his Solar One machine.

Wright’s motor next to a Coke can for reference.  2,700 horsepower from a package this size is a revolutionary change in how we will power future airliners

Noting that Wright has built this 2 MW motor “alongside contracts from NASA, the US Department of Energy, and US Air Force, and the US Army,” the firm explains it has already tested a complementary high-efficiency inverter.  Wright claims the 2 MW motor is a 2X improvement over megawatt scale motors now being demonstrated and is “designed to be scalable from 500 kW to 4 MW systems.”  According to Wright, “This allows application of the motor up to the single-aisle class aircraft to enable electric and hybrid-electric flight with little to no emissions.”  The 10-motor craft would have power equal to an A320 Airbus.

Beyond that two Wright powerplants could power a 50-seat craft such as an ATR-42 or Dash 8.  The light weight of the power system would be a boon to airlines, enabling such craft to carry “10 more passengers per flight than a plane using other industry motors.”

Adding Wright’s high performance inverter (tested separately until now) will allows Wright “to operate at high frequency with low loss.”  Wright’s inverter “uses a novel switching technology which reduces total losses by a factor of two over similarly rated systems.”  Rated at 2 MW with a 300 kilohertz frequency output, the inverter can managed 1,000 Volts.  Equally important in airframe applications, the 20 kW/liter volume equates to a compact inverter.

Integrating the motor and inverter with a suitable battery package, the system will be tested in a high-altitude chamber as part of the drive toward actual flight testing.

According to Jeff Engler, “Experts at NASA, the US Department of Energy, the US Army, and the US Air Force have aided this effort through technical guidance, funding, and standards and regulations support. Organizations like these are leading pioneering efforts to reduce the carbon footprint of aerospace, and we are thrilled to work with them.”  Additional support comes from Swiss airline easyJet and Mexican airline VivaAerobus.   With backing like that and the vision to move forward, Wright Electric might just be onto something.

Next post: Storedot: Silicon and Tin for a Fast Charge

Previous post: Aerolite 103 – As Simple As Aerial EVs Get