“The Autonomous Airplane of the Future”

Conceived in Oakland and Palo Alto, California but flying in New Zealand, Pyka’s fixed-wing electric aircraft represents a new approach in its design and application.  Its makers say, “We’re building the autonomous electric airplanes of the future,” and its complement of innovative on-board electronics certainly seems to bear that out.

eVTOL News reports Pyka co-founder and CEO Michael Norcia interned with Joby Aviation and moved on to spend two years as a power systems engineer with Wisk.  Having experienced the difficulties with vertical lift, “…when Norcia and his co-founders — Chuma Ogunwole, Kyle Moore, and Nathan White — struck out on their own three years ago, they decided to take a more practical approach: sidestepping the technical challenges specific to VTOL (Vertical Take Off and Landing) aircraft with an STOL (Short Take Off and Landing) design, and the regulatory hurdles by seeking out unmanned applications to serve as stepping stones to future passenger-carrying operations.”

Having completed the prestigious Y combinator startup accelerator, the company quickly raised a total of $11M in funding (led by the VC-firm Prime Movers Lab), and the partners are now embarked on creating a conventional configuration with an unconventional amalgam of attributes.  TechCrunch explained the business plan that would lead from agricultural work to personal flight. 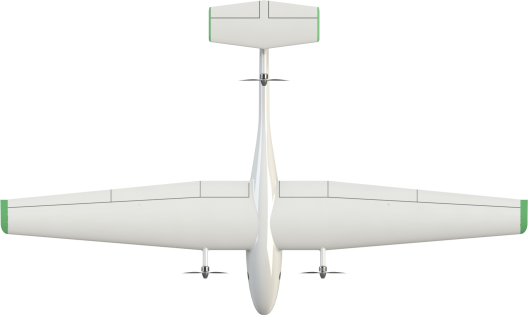 “ Pyka wants to make ‘flying cars’ a reality with its auto-piloting single-person planes. The company has already built a 600 lb plane that flies itself, [and] can take off and land in 90 feet. But since regulators want to see tons of testing before allowing humans aboard, Pyka has developed a placeholder business doing crop dusting in New Zealand. That helps it earn $600 per hour while logging the hours necessary to prepare for the human transportation market. Crop dusting alone is a $1.5 billion business in the US. But with employees from Zee airplanes and Google’s Waymo, Pyka aims to become a first-mover in self-flying personal planes.”

Several versions appear to have been built, and a tri-motor drone is flying around farms down under.  Earlier configurations had up to six under-wing motors, while the designers seem to have settled on a motor under each wing with one atop the vertical fin, tri-motor approach.  Each motor produces eight kilowatts (10.7 horsepower), enough for the 600-pound craft to lift off in 300 feet.

For identification, we’ll call the craft shown in this video the ultralight version.  Its 90-kilogram (200-pound) payload allows spraying the very farm fields it uses as its airports.

About the size of a Piper Cub, the projected version will be a sleek glider-like craft able to lift a 625-pound payload, more than the empty weight of the plane.  It will have three 20-kW (26.8-hp) motors that will enable 150-foot takeoff tuns. at a dispersal rate of five gallons per acre, Pyka could disperse its roughly 78 gallons of agricultural spray in around eight minutes. With a 40-minute battery limit, that would result in 5 fills per battery swap.”

An Array of Electronics 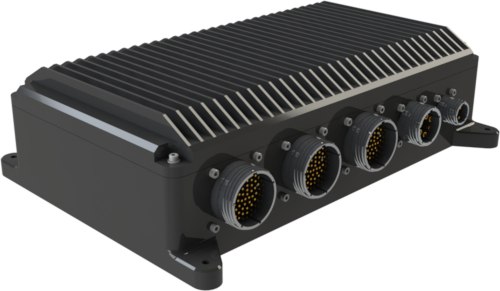 architecture enables the computer to simultaneously communicate with over 30 actuators and sensors while executing complex path planning algorithms.

Pyka seems as much about software as aerodynamics.  Its FPGA (Field Programmable Gate Array) can be programmed by an intended owner, “a very successful farmer [who is] very interested in technology.”  These farmers will gain assistance from a company programmer in familiarizing Pyka with the contours of their farms.  Redundant systems ensure  simultaneous communication, “with over 30 actuators and sensors while executing complex path planning algorithms.”

Pyka’s stated goal is to be the largest operator of large autonomous electric aircraft in the coming decade. It would seem the startup has successfully innovated across the entire automation stack – hardware and software – to meet the rigorous demands of industrial farm work and AV safety. As they currently fly the world’s only commercially-approved autonomous electric aircraft on farms in New Zealand, your editor thinks farmers in the States would be interested in keeping Pyka on their radar.  In response to our query, the company stated they do have U.S. regulatory approval pending.

Pyka says the software and flight data they already generate positions them as a leader in autonomous aerial mobility, and they could potentially foreseeably enable a new level of advancement toward autonomous cargo and passenger flights in the future.

Without a pilot, Pyka carries a significant liquid payload – one which could also be two passengers out for a pilot-optional joyride.  This type of craft, able to operate even from farm fields, might make rooftop airports and pocket airparks new centers of recreational flying.